A Brief Lookout and Analysis of Varsity Jackets Over All These Years!

If I could rewind back in time and see some of the events that changed the shape of the world, I would definitely go back to see how custom varsity jackets from being a sports uniform changed into a contemporary fashion jacket.

Yes, that is absolutely true. For a fashion buff like me, I’m always bewildered by the fact that varsity jackets were onced used as a uniform at the prestigious Harvard University. Then again, everything about these IVY League colleges are so cool that whatever they do, becomes a trend.

For people who don’t dive deep into the history, varsity jackets were basically considered as part of uniforms. But even before that, varsity jackets were actually sweaters. Yes, you’ve heard that right. As baffling as it sounds, in the year 1865, the coaches and sports management decided to introduce a new concept of competiton among the players.

The baseball team at Harvard was performing at mix rates. Some players were doing exceptionally well, while some were not. To ignite team building, spirit, and coordination among the players, the management brought in the famous reward system.

The rule to get the reward was basic and very much straight forward. You had to show desire, commitment, and performance at the highest levels to get your acclaimed reward. The players who responded to the call were given custom varsity jackets containing the club’s logo and player number.

These rewards were received well among the players who also wanted a piece of it. So to make things better, all the players starting showing commitment towards their sport and performing better at great levels.

But one interesting thing to mention here is the fact that jackets were never part of the wardrobe in the 1800s. As a matter of fact, varsity sweaters were the first piece of garment worn by sports professionals. These sweaters were made from woolen fabrics, and were soft and easy to wear.

One of the reasons why the professional athletes would wear them is because of their reliability and durability. While these things supposedly became relevant after many years, their functionality was always adored.

Soon after being in the sports fraternity for a decade, the football team at Harvard introduced varsity sweaters. This was the time when college football was gaining momentum and IVY league univerisities were exploring new avenues for sport.

The prominence of custom varsity-based sweaters grew from one college to another, until it took over the entire fashion circa of the United States. Years after becoming an instant hit, varsity sweaters were still pretty popular among the youth and sports fanatics.

But with its increasing popularity, many fashion brands started created their own version of varsity sweaters. Due to such reason a change was needed in the varsity apparel. Many fashion brands introduced their version of sweaters while most of the them completely changes the dynamics of this apparel.

Varsity apparel was changed into varsity jackets and were designed from high-quality fabrics like leather etc.

I still remember the time when I first got my high-school varsity jacket. It was before the football match against our arch-rivals. To show team pride and spirit along the lines while cheering our players to do better, we wore them to ignite passion among the crowd.

Needless to say, it was a night to remember because not only we knocked them off their perch, our rivals also appreciated us for the way we motivated our players and celebrated the spirit of boosting team pride.

Second time I got a varsity jacket was during my college years. When I myself was in the squad for our official volleyball team. I personally think wearing varsity jacket to a team match is not a necessity but more of a long tradition which people have been following for many years.

Nonetheless, I still sometimes wear these embroidered jackets to school reunions or social gatherings, and they still look and feel great.

Custom Varsity Jackets Have Improved Over The Years

If we look into the history and the mechanism involved in making varsity jackets, we can safely say that the jackets designed today have more sturdy fabrics, artwork and graphics that wouldn’t have been possible in the past.

The current generation demands styles that are chic and minimalistic at the same time. So to cater a significant chunk of the market, designers are coming up with exciting ways to encourage the customers to buy varsity jackets.

Over the years, the college tradition has still not changed and students still wear varsity jackets to team matches. It is something that I personally believe will stay for years, and defines our people and our culture as a whole.

If you are looking for interesting designs on varsity jackets, choose ApparelnBags.com. 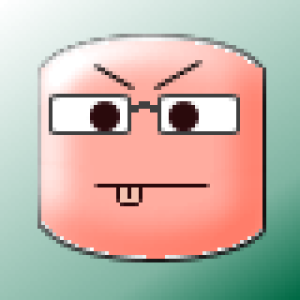 Why SAGE 50 Update Not Successfully- Causes and Steps to Fix

Myth Vs Truth on Second Mortgage

3 Things you should know about Lighting Ergonomics

Legal provisions of the property registration