8 Best Bollywood Comedy Movies You Must Watch in 2020

Best Bollywood Comedy Movies: Sometimes it said that comedy and laughter are the best cure of ordinary stress and it’s also proven psychologically and biologically. Laughing has many benefits that can reduce your stress and help boost your immune system, infect it’s the best medicine to reduce and lower your stress level. Now let’s look at the top best comedy movies of Bollywood.

The director of this movie is Indra Kumar and producer is Fox Star Studios and some other productions. The story of this film written by Indra Kumar and cast of this film is Ajay Devgn, Madhuri Dixit, Arshad Warsi, Javed Jaffrey, Anil Kapoor, Riteish Deshmukh, Sanjay Mishra, and Johnny Lever. The Dhamaal Series is a most favorite of comedy lovers with its full of comedy characters. Great comedy movies to watch in 2020 because in the previous series of this movie hit record rating and all parts of this movie full of comedy. The superb acting of Arshad Warsi people like the most in all parts of this series.

The cast of this movie Karthik Aaryan, Kriti Sanon, Pankaj Tripathi, Vinay Pathak, Aparshakti, Khurana produced by Dinesh Vijan and directed by Laxman Utekar. Luka Chupi is a comedy film in which tell how the lifestyle of today’s new generation change and conflict with the old traditional generation. The couple in this movie fall in love with each other. The hero is always insisting on getting married instant but on the other hand, heroin always say please wait. The father of heroine is a politician and he believes that this kind of relationships are bullshits.

This movie is on Netflix directed by Sachin Yardi, produced by Ashvini Yardi and cast are Mithila Palkar, Vijay Raaz, Abhay Deol, Achint Kaur. In this movie, each character shows its own funny way and explains the humor in a perfect way, and this movie was released in May 2019. The story of this movie based upon a girl who is connected with the profession of hospitality a self-struggled girl. When her new car is stolen by someone then she referred to an artist who has a passion for cooking and finds a car together and the car is in the hand of Don named “Faiyaz Bhai”.

One of most favorite funny movie that is directed by Vasan Bala produced by Ronnie Screwvala and cast of the movie is Abhimanyu Dassani, Mahesh Manjrekar, Radhika Madan, Gulshan Devaiah, and Jimit Trivedi. In this movie Surya name character is born in some disability means something disordered by birth he cannot feel the pain of any hit on his body. Comedy movies on MovieHustle you can watch in high quality print. And on the other side, his best friend Supri is always dealing with her father. They both fight with enemies and in this fight, they seek Karate to make the best in hand to hand fighting.

This film is written by Tarun Jain and Luv Ranjan, directed by Akiv Ali, produced by Bhushan Kumar, Krishan Kumar, Luv Ranjan, Ankur Garg and a cast of the movie are Ajay Devgn, Tabu and Rakul Preet Singh. A story of this movie is that a 50 years old man returns to India with his 26 years old girlfriend to attain approval from his family but here some people waiting as his ex-wife, daughter, and son. The age difference is the major issue created by the family. This movie is full of comedy you will enjoy a lot.

The cast of this movie is Sara Loren, Arshad Warsi, Saurabh Shukla, Elli Avram, and Varun Badola and directed by Saurabh Shrivastava and produced by Disha Prakash Jha. This story of this movie is based upon the major issue that is fraud in India and it’s full of comedy and especially the role of Arshad Warsi is fantastic. Arshad Warsi’s role in the movie is that type of man who is always willing to marry rich women to get financial advantage and cheating many women.

The producer of this film is Hiroo Johar, Apoorva Mehta, Rohit Shetty, and Karan Johar, and the cast of the movie is Ranveer Singh, Sara Ali Khan, and director of the movie is Rohit Shetty. This film is an action and comedy type of movie and the story of this movie is a kid of a small village grownup with the dream of becoming a cop and finally, he got that and then he finds out that the cop can get many other perks from becoming a corrupt cop. He transferred to Miramar police station due to some reason and there he falls in love with a girl and he also arrested in the affectionate of other few people also.

The cast of this movie is Irrfan Khan, Dulquer Salmaan, Mithila Palkar, and directed by Akarsh Khurana and produced by Ronnie Screwvala, Priti Rathi Gupta and story write by Bejoy Nambiar. Karwaan movie is full of comedy and it’s a road trip movie that has hilarious situations. The story of this movie is based upon a corporate employee who always thinks about being a photographer and his father passes away. Wrongly he takes the wrong body with him and others who take the body of his father also looking for the body that is he has. Many hilarious and humorous conditions are involved and full of comedy movie. 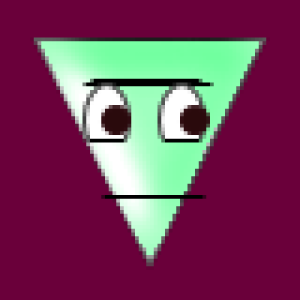 How to stream to stream local channels on Roku device

Is life fair with you? Analyze yourself